Four years ago I made the choice to stop eating meat. As a freshman in college, I wanted to see if I could do it and save money. As the years have passed, I’ve noticed a unique shift in my mindset with a more connectedness to the beings around me. I see them. I mean I really see and feel the essence they emit in a beautiful new way. I have gained a type of spiritual connection with not only just animals but all living things around me. Sounds a little granola, I know. It’s hard for me to articulate it beyond those feelings and I’m not sure how this has happened but I’m sure it’s my body’s way of telling me that I don’t need these things to feel healthy and strong. However, I do know it’s a privilege to exercise this lifestyle choice with my body.

I have found a deity or celestial feeling in how remarkable our Earth is. When my dad and Zafer died I struggled a lot with “why”. I had no religion to find comfort in or to give me peace and clarity. These realizations of relatedness between humans and all living things- the only thing that really matters in our mortal lifetime- has brought serenity and rest to my psyche that so desperately needed it. When I go outside I continue to find the only truth that we cannot deny. A truth by watching living things that look much different than us, but are fundamentally the same and equal. Living things that teach us how to live and die with grace and detachment.

As some of you may know, my first two months while I was in Peace Corps training was almost hell on Earth. I would eat one meal a day at noon during the week and less than 500 calories with no nutritional value for the whole weekend. I lost a considerable amount of weight in a short period of time. I saw how much it impacted my ability to form relationships, focus, my mental wellbeing, irritability, happiness, and I lost my superpower of being able to appreciate and find beauty in the struggle- which I have become a pro at over the past few years.

Experiencing that lack of food heightened my senses. Being hungry deepened my appreciation for what nourishment is and the extra care and effort it takes to feed my body what she deserves. After swearing in as an official PCV, I moved to my new village and now live off of a volunteer stipend that provides me enough money to go and buy my own food (unlike in training) and cook all my meals. The people in my village are still confused as to how I survive without eating animals- but I’m working on impressing them with my meals. Cooking is something I never knew I loved to do. I had an inkling before I left America that I really wanted to start my first garden in the Peace Corps and being here reinforced that small dream in full.

I started my garden a week after I moved to site. The little kids who live around me thought I was crazy for working during the zenith of the sun’s strength. They would take coconut halves and help me dig (they’re surprisingly sturdy and useful shovels). Each day we dug a new row and had at least one enormous rock as our enemy. We would take turns trying to pull it out while chanting each others names. These are some of my favorite memories. When the garden was finished, I realized the goats and chickens would be a big problem. After discussing with the neighbors in broken Shingazidja, I put two of the neighborhood boys to work on a fence (yes I paid them some KMF and in duka snacks). The fence makes my garden what it is. A sheltered, precious space that is all mine. A physical representation of my mark on this country and my village in just six months of being here.

Every morning my routine would be to make coffee, slice some bananas and apples and drizzle Appalachian honey over them. I would then carry six buckets to and from my garden to water it. I had a cute garden with nine crops in some of the best volcanic soil in the world. I was able to harvest one perfect summer squash before the hot season hit my little sanctuary. The cistern where I retrieve my water for drinking, bathing, cleaning, washing dishes, watering my garden, and everything you need it for- has ran out. I watched my hard work shrivel up and die.

I never thought I would be in a situation where I would have to worry about and manage my water consumption. I have always known, and my trip to Nepal reinforced, that water is the source of all life. However, I have never been face to face with dehydration where there is so little I can do about it. I will never forget the kids that live around me either asking for sips from my water filter, because what little water is left in the cistern is filled with cement that would damage their teeth and body when consumed, or for money to buy bottled water. And I will never forget hauling 40 buckets of water from a far away cistern to and from my house for my basic needs. A reality more people live in than not in today’s world.

With all of these struggles, I can officially say that I’ve grown and nourished my body off of something I’ve grown myself. Something I have always wanted to be able to do. If I’m being honest, I didn’t entirely think anything would grow in the first place but it did and it flourished. I plan on starting again after the rains bless my little village December through February. I want to eventually move on to salads, herbs, and then try my hand at flowers.

In America it was so easy to go for the quick fix even though there are eight grocery stores within a five mile radius containing an abundance of fresh and healthy selections. Don’t get me wrong, when I return there’s a Cookout cheese quesadilla tray, a crunch wrap supreme from Taco Bell, and a large McDonald’s fry with my name on it- but I know I will never forget the journey I’ve been on with food and water and it will transpire into my forever. I’m ashamed it took this for me to feel this way, but I’m happy it has happened. For now, I will dream of downpours, grocery stores, and farmer’s markets while cheffin’ up my tomato and onion medleys until different foods become available in my village through the seasons. 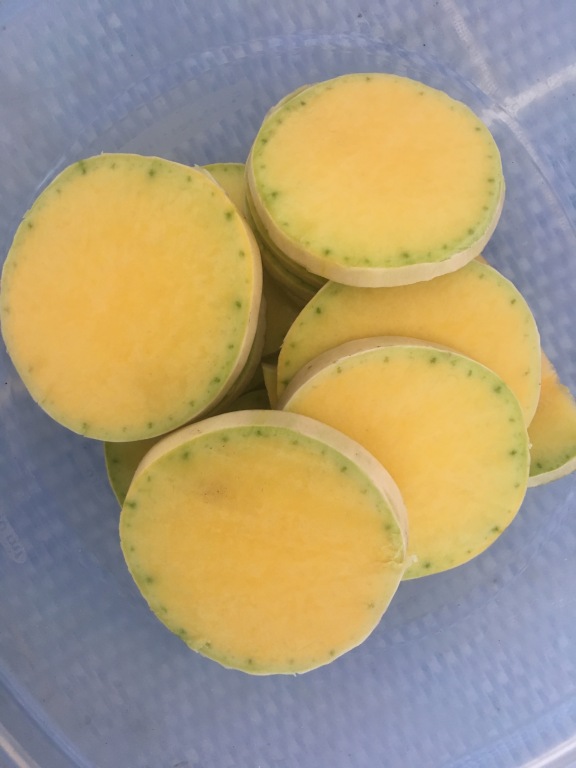